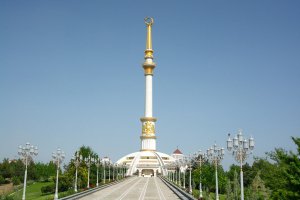 The sixth Caspian Summit will be held in Ashgabat on June 29. Today the official representative of the Russian Foreign Ministry Maria Zakharova stated this at a briefing.

Initially, the VI Caspian Summit was planned to be held in 2021. However, later it became known that it was postponed to 2022.

The main outcome of the summit was the signing of the Convention on the Legal Status of the Caspian Sea.