At the European Football Championship, all quarterfinalists were determined 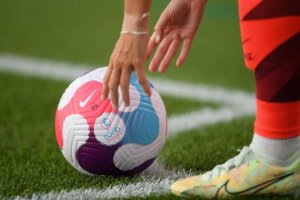 After the completion of the group stage of the women 's European Football Championship, held in England, all participants of the ¼ final were determined.

The national teams of England, Spain, Germany, Austria, Sweden, Belgium, France and the Netherlands will compete for reaching the semi-finals of the continental championship.

Schedule of the 1/4 finals of the European Women 's Championship:

Semifinals will be held on July 26 and 27, the decisive match of the continental championship will take place on July 31 at “Wembley” Stadium.

Let’s note that the acting champion of the women’s Euro is the national team of the Netherlands who bet the team of Denmark in 2017 with a score 4:2.

England vs Germany will play in Women's European Championship final
The construction of a university of the UIET was launched in Ashgabat, by the end of 2022 Turkmenistan will send about 3 thousand tons of road bitumen to Uzbekistan, the reception of citizens on legal issues will be held on July 23
The official ball of 2022 World Cup presented
All participants of the 2022 World Cup in Qatar became known
The German national team lost to England in the final of the European Football Championship
UAE and Australia will play in the playoffs of the Asian qualification of the 2022World Cup