In England, due to the energy crisis, the start time of football matches will be changed 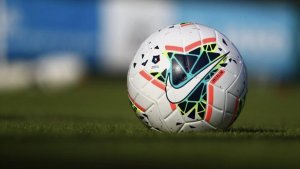 The English Football League (EFL) plans to consider moving matches to daylight hours to save money due to rising energy bills, reports gazeta.ru with reference to The Independent.

In the poll of the league, which includes teams from the second to fourth divisions of the country, 40 clubs took part, of which 63% voted for the postponement of matches to an earlier time.

Earlier it was reported that due to the energy crisis in Italy, the operating time of floodlights in football stadiums will be reduced to four hours.

The best coach of the season in the Premier League named
“Liverpool” beat “Manchester” City in the FA Super Cup
The German national team lost to England in the final of the European Football Championship
The construction of a university of the UIET was launched in Ashgabat, by the end of 2022 Turkmenistan will send about 3 thousand tons of road bitumen to Uzbekistan, the reception of citizens on legal issues will be held on July 23
At the European Football Championship, all quarterfinalists were determined
The women’s football team of Turkmenistan entered the FIFA rating for the first time