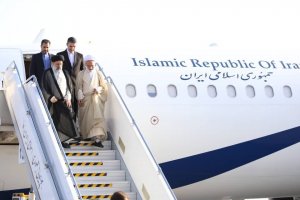 Ibrahim Raisi, invited by the President of Turkmenistan Gurbanguly Berdimuhamedov, will head the political and economic delegation of Iran in Ashgabat. The Iranian President will also hold bilateral meetings with the leaders of a number of countries on the sidelines of the summit.

The Organization for Economic Cooperation as a regional interstate association was established in 1985 by Pakistan, Iran and Turkey with the aim of closer partnership in the spheres of economy and trade. Since 1992, the ECO has received a qualitatively new impetus in connection with the entry into it of 7 countries - Turkmenistan, Azerbaijan, Afghanistan, Kazakhstan, Kyrgyzstan, Tajikistan, Uzbekistan.

Earlier it was reported that the summit of the Organization for Economic Cooperation is planned to be held in Ashgabat at the “Karakum“ hotel.