No Chance of Recovery for Berdimuhamedov’s Great-Niece 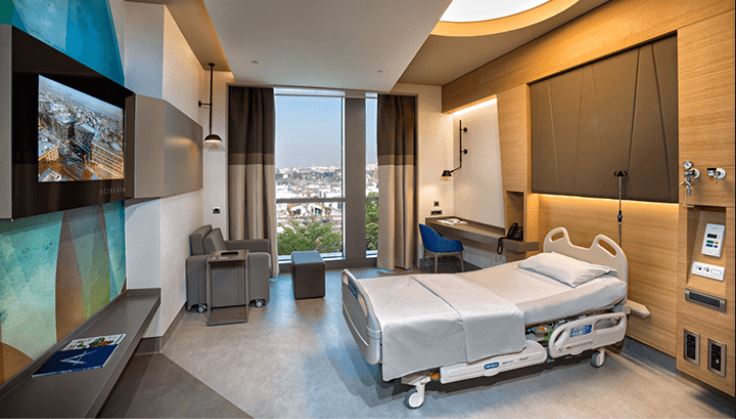 The great-niece of former Turkmen President Gurbanguly Berdimuhamedov is on life-support in a private Turkish clinic and has no chance of recovery.Turkmen.news’ sources report that over a month ago the child’s parents faced a difficult choice: accept the death of their daughter and turn off her life-support machines, or leave her body in a vegetative state indefinitely.

They have not yet decided to take the final step.Acibadem hospital in IstanbulOn February 9, it emerged that a child from the Turkmen president’s family had been taken to Turkey.

Now we know that the child is a girl, not a boy as originally thought.She is the one-year-old daughter of Batyr, son of Gurbanguly Berdihumamedov’s sister Gulnabat Dovletova.

At the time Gurbanguly was still president.His son Serdar was elected head of state on March 12.The child had an accident: she swallowed a toy and it blocked her airways.

Turkmen doctors managed to reach the foreign object by making an incision in her throat, but spent too long doing it.According to some reports, that’s when the child’s brain died, although cardiac function was maintained.Her parents wanted to explore every possible avenue.

The child was taken to a Turkish clinic by a Cessna 560 Citation V plane belonging to the private company PanJet, which provides air ambulance services.She is in one of the most prestigious clinics in Turkey, the Acibadem hospital in Istanbul’s Altunizade district.

The rooms for patients and their accompanying relatives are more like luxury apartments than hospital wards.Nevertheless, the Turkish doctors cannot do anything.They have declared that the child’s condition is irreversible and that it’s impossible to restore her brain to life.

They presented the parents with a choice switch off the machines supporting her breathing and heartbeat, or leave them working indefinitely.Hoping for a miracle, the parents asked the Turkish doctors to inject stem cells into the baby girl.

This did not help but the parents have not yet decided to switch off the life-support machines.The child’s uncle, Hajymyrat Rejepov, has flown from Dubai to Istanbul to support the family.

Another uncle, Shamyrat Rejepov, flew in from Ashgabat.Gulnabat Dovletova is still in Turkmenistan, but a special flight may soon be arranged for her and other relatives of Batyr Dovletov.The death of a child is a tragedy for any family and no one would blame the girl’s relatives for trying to use all means at their disposal to save her.

It should be noted, though, that it is not so easy for ordinary citizens of Turkmenistan to go abroad for treatment.Recently, turkmen.news learnt of the case of 20-year-old Ayperi Annaeva, who has been waiting for two years to fly abroad for a bone marrow transplant.

It is sad that Gulnabat Dovletova’s granddaughter has not come round, but it is just as sad that so many other patients do not even have a chance of treatment.