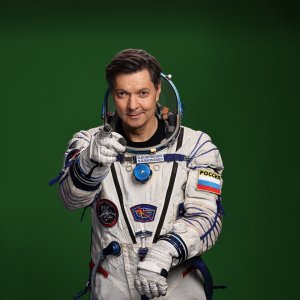 Cosmonaut Oleg Kononenko will travel to the International Space Station in the spring of 2023. The commander of the “Roskosmos” cosmonaut corps spoke about the planned flight in an interview with “Moskvich Mag”.

Oleg Kononenko was born in 1964 in the Turkmen city of Chardchou (now Turkmenabat), where he graduated from secondary school №. 15. In 1988 he graduated from the Kharkov Aviation Institute with a degree in aircraft engines.

In 2008 Kononenko made his first space flight to the International Space Station (ISS).In total, he made four flights to the space station, and also broke the record for the total time spent on the ISS, spending 737 days in space.

And on December 11, 2018, he went out into open space for the fifth time to inspect the skin of the Soyuz MS-09 spacecraft, the duration of the exit was 7 hours and 45 minutes.

The total duration of the five spacewalks was 32 hours and 13 minutes.

Hero of Russia (2009) and Turkmenistan (2019) Oleg Kononenko is a holder of one of the highest awards of independent neutral Turkmenistan - the Order of the “Star of the President”.

President of Turkmenistan congratulated Oleg Kononenko on his 58-th birthday
Oleg Kononenko congratulated the President of Turkmenistan on the New Year
The export flight from Ashgabat to Moscow will be on June 24, cosmonaut Oleg Kononenko turned 58, monitoring of prices for construction resources will be carried out in Turkmenistan and other news
The UIET 2022 exhibition extends its work up to April 18, technical problems in the operation of Duralga app are exposed, Setanta Sports will show the fight of Yagshimuradov at Bellator 277 and other news
Cosmonaut born in Baikonur captures the picture of volcano in the south of the Caspian Sea
Cosmonaut O. Kononenko congratulated President Berdimuhamedov on the New Year