Payment for housing and communal services online is available for citizens of Turkmenistan, the digital portal Sanly.tm has updated its functionality, the victory of the Turkmen composer in the All-Russian competition and other news 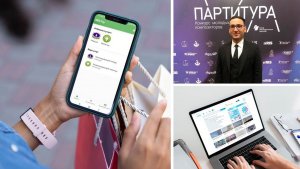 1. The Ministry of Energy of Turkmenistan has launched a special mobile application for paying utility bills. You can now enter meter readings and make payments for electricity and gas online. The Milli Pay application is available for download in the App Store and Google Play.

2. The Sanly.tm digital portal has updated its design and expanded its functionality. The e.gov.tm, Belet Film, HorjunTV, news, weather forecast and search engine services became available to the site users.

3. Turkmen musician Merdan Byashimov became the laureate of the largest Russian competition for young composers "Score". A native of Ashgabat won in the nomination "Variety-symphonic work".

4. New hybrid varieties of watermelons adapted to the local climate have become available to the farmers of Turkmenistan for growing. These are the latest innovations in breeding developments that will allow you to get a high yield of juicy fruits in the shortest possible time.

5. Ahal Football Club arrived in Saudi Arabia to participate in the group stage of the AFC Champions League. Recall that the matches will be held in a centralized format from 7 to 14 April.

6. MIT researchers have created a future predictor that can generate weather forecasts, future stock prices, disease risk, and more in just a few seconds. This is due to a new algorithm for predicting multivariate time series data.

7. Xiaomi has published a list of smartphones that have reached the End of Support cycle. Gadgets included in the list will not receive Android updates and security patches.

8. In Japan, there were two strong earthquakes with a magnitude of 4.1 and 4.3 at once. The epicenter of the disaster was at a depth of 10 kilometers. Data on casualties and destruction have not yet been received.

General agents of the airline...
Uzbekistan agreed on the supply of Turkmen oil, Ashgabat and Kazan will be connected by a direct flight, entrepreneurs from Russia will visit Turkmenistan in April 2023 and other news
The opening of the third phase of the cottage complex took place in the north of Ashgabat, the President of Turkmenistan was awarded the military rank of “General of the Army”, in 2023 Turkmenistan planned to harvest 1,25 million tons of cotton
Halk Maslahaty rejected the State Budget of Turkmenistan for 2023 adopted by the Mejlis, screenings of Tajik films opened in Ashgabat, the total volume of trade between Turkmenistan and the UAE showed an incredible growth in 2022
ACTN started selling IP tuners for Belet Film online cinema in installments
Belet Film online cinema website has completed a major update