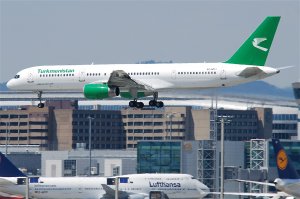 The General Agent of “Turkmenistan” Airlines in Russia has started selling air tickets for Russian rubles for all flights of the airline. The corresponding announcement was posted in the official group of the Russian Representative Office of “Turkmen Airlines” in VK social network.

Tickets for Turkmenistan residents are sold at the following prices:

Tickets for all flights of the airlines can be purchased on the official website of the General agent of “Turkmen Airlines” in the Russian Federation, also in agency sales offices in Moscow, Kazan and St. Petersburg.

It is possible to pay in Russian currency using a bank card of the “Mir” payment system.