The world's first disabled astronaut will fly into space 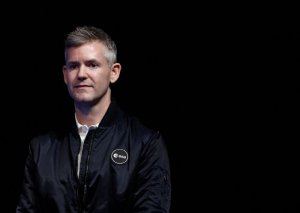 The name of the world's first para-astronaut has become known, he became the Paralympic sprinter John McFall, reports the European Space Agency.

John McFall from the UK has joined a new squad of 17 people who will be trained for future space flights.

McFall is 40 years old, lost his right leg above the knee at 19 after a serious motorcycle accident.After prosthetics, he took up sports, entered the British Paralympic team and competed for his country in the 100 meters at the 2008 Summer Paralympics in Beijing, showing a time of 13,08 seconds and bringing a bronze medal to his team.

The European Space Society in 2021 announced a competition for the position of an astronaut with disabilities. A total of 257 applications were received, John McFall was selected based on the results of psychological, cognitive and physical tests

Halk Maslahaty rejected the State Budget of Turkmenistan for 2023 adopted by the Mejlis, screenings of Tajik films opened in Ashgabat, the total volume of trade between Turkmenistan and the UAE showed an incredible growth in 2022
The construction of a highway across the Garabogaz Bay has been launched, in the next 7 years salaries in Turkmenistan should almost double, 74% of the Kyrgyz market is provided by Turkmen tomatoes
Paralympic athletes of Turkmenistan are preparing for Paris 2024
A law banning of cruelty to dogs has been passed, leopards from Turkmenistan are expected in Russia, Afghanistan plans to import Turkmen energy
The motto of Paris Summer Olympics was announced
Dates for holding 2028 Summer Olympics in Los Angeles announced