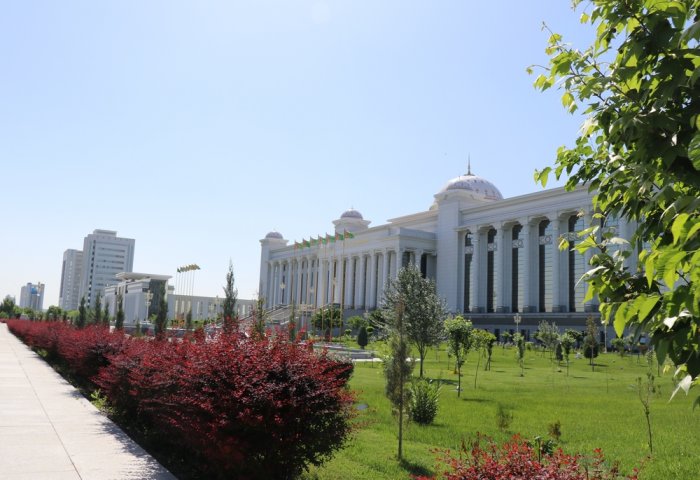 President of Turkmenistan Serdar Berdimuhamedov appointed new deputy chairmen of the Cabinet of Ministers during the expanded government meeting on Friday.

The Head of State dismissed Muhammetguly Muhammedov from his post of the Deputy Chairman of Government in charge of economic and financial issues in connection with his transfer to another job, the country’s official media reports.

The Turkmen President appointed Hojamyrat Geldimyradov, who until then headed the Turkmen State Institute of Economics and Management, as the new Vice-Premier in charge of economic and financial issues.

Sapardurdy Toyliyev, the Deputy Chairman of the Government on science, education, healthcare and sports issues, was also dismissed from his post.

President Berdimuhamedov appointed Nurmuhammet Amannepesov the Deputy Chairman of the Cabinet of Ministers of Turkmenistan on science, education, healthcare and sports issues, relieving him from the post of the Minister of Healthcare and Medical Industry of Turkmenistan.

Atageldy Germanov was appointed the Minister of Healthcare and Medical Industry of Turkmenistan. He was the Deputy Minister of this state agency for the organization of medical and preventive care.

The Government meeting summed up the results of the activities of the sectors of the national economic complex over the past six months of 2021, and considered drafts of a number of documents.