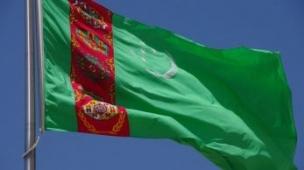 Ashgabat, Turkmenistan, July 19 By Huseyn Hasanov – Trend: During a high-level political forum at UN Headquarters in New York, the delegation of Turkmenistan presented the Voluntary National Review on the Sustainable Development Goals, Trend reports referring to Turkmen Foreign Ministry. A distinctive feature of this review is the application of an innovative approach, which is expressed in the analysis of the interrelationships of global objectives and indicators, the report says. The event was held with the participation of the leadership of the UN Economic and Social Council (ECOSOC). On the sidelines, meetings were held with Under-Secretary-General for the UN Department of Economic and Social Affairs Liu Zhenmin, Under-Secretary-General of the UN Counter-Terrorism Office Vladimir Voronkov and Assistant Secretary-General for Europe, Central Asia and Americas in the UN Department of Political Affairs Miroslav Jenca. In September 2016, Turkmenistan became one of the first states to adopt all the 17 Sustainable Development Goals and the ensuing objectives and indicators for the implementation in the next 15 years at the national level. In Turkmenistan, the Sustainable Development Goals are implemented in three areas, based on economic, social and environmental aspects. Following the discussions with UN agencies, it was recommended to adopt 148 tasks, 121 of which were adopted without changes and 27 were adapted taking into account national peculiarities of the country. Overall, 175 indicators have been adopted to date. Follow Trend on Telegram. Only most interesting and important news