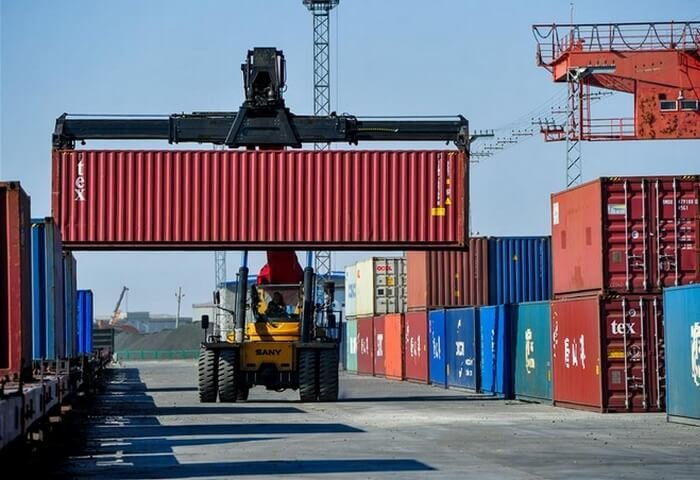 The trade turnover between the countries was $14.2 million in 2021, which is almost three times higher than in 2020, the envoy added.

Focusing on 2021 trade figures, Kharazyan said exports from Armenia to Turkmenistan amounted to $8.1 million, while imports by country of origin were $6.1 million and by country of consignment $3.4 million.

In his article, the Armenian Ambassador also stated that Armenia and Turkmenistan are set to further expand economic ties, including in new promising directions.

"In order to develop bilateral trade, work has been underway over the past two years to open trading houses in Yerevan and Ashgabat.The opening of trading houses will boost bilateral trade and economic relations and allow greater presence of goods produced in Armenia and Turkmenistan in the markets of our countries,” Ruben Kharazyan stated, adding that, “In this regard, I would like to stress the importance of resuming direct flights between Yerevan and Ashgabat in the context of tourism development and increase in trade turnover between the two countries."

He said the 30th anniversary of the establishment of diplomatic relations will give a new impetus to the development of cooperation between the two countries, intensification of interstate cooperation and realization of the existing potential in various fields of bilateral cooperation.

Diplomatic relations between the countries were established in 1992.

Turkmenistan 2021 Natural Gas Output Reaches Record High: 83.77 bcm
Representatives of Turkmenistan participated in the meeting of the Advisory Board on Labor, Employment and Social Protection of the CIS population
Citizens of Armenia and Georgia will be able to visit each other with identity cards
Prospects for Turkmen-Armenian university cooperation discussed in Yerevan
Moscow and Ashgabat will be connected by a direct flight of “Turkmen Airlines”, The ranking of the best universities in 2023, whose diplomas are recognized by Turkmenistan, has been published, was a telephone conversation between the heads of Turkmenistan
Turkmenistan and Armenia discussed the possibility of holding the Days of Turkmen Culture in Yerevan