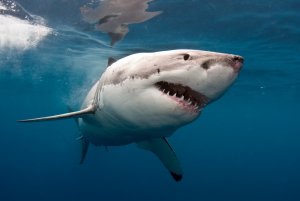 Off the coast of Great Britain, for the first time in 175 years, a person was attacked by a shark. According to mir24, citing The Guardian, the victim was a swimmer who was snorkeling off the coast of Cornwall. The shark clung to the British woman's leg, but the woman resisted and was able to fight off the predator.

What kind of shark attacked the British is still unknown, but this is the first recorded case in the last 175 years.

The U.S. Embassy and American Corner Partner with Welayat Library to Celebrate Education and Cultural Ties
The efficiency of livestock sector of the agricultural complex is provided by high technologies
Ashgabat, Bucharest mull transport, energy issues
Officer of the U.S. Embassy in Ashgabat goes on a cycling trip across Turkmenistan
Turkmen artists present their best works
19.05.2019 | Ashgabat hosts a meeting of the CIS Intergovernmental Coordination Council on Seed Production