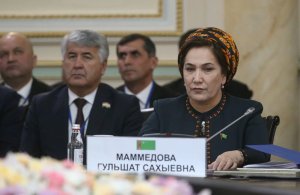 The Council members adopted a Statement "On the 30th Anniversary of the Interparliamentary Assembly of the Member States of the Commonwealth of Independent States".

The document confirms the commitment to constructive cooperation based on the principles of the international law.

According to the Chairwoman of the Federation Council Valentina Matvienko, the IPA has been and remains the initiator of a number of projects, forums and conferences, including those with the international participation.