The motto of Paris Summer Olympics was announced 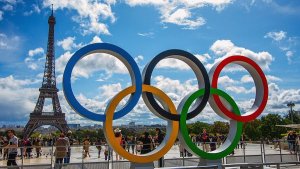 The press service of the organizing committee of the Olympic Games announced the motto of the upcoming Summer Olympics, which will be held in 2024 in Paris. The competition will be held under the slogan “Let’s open the Games wide” (Ouvrons grand les jeux). The same motto will be used at the 2024 Paralympic Games, reports mir24.

As the head of the IOC, Thomas Bach noted: “The new slogan clearly shows the desire of Paris 2024 to update the model of the Games in accordance with the 2020 agenda, opening them up to participate as many people as possible”.