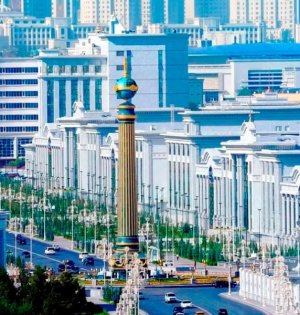 The winners of essay and art photography contests among students of universities of our country have been determined, “Turkmenistan: Golden Age” reports.

Competitions timed to coincide with the 140th anniversary of Ashgabat, organized by the Department of Journalism of the International University for the Humanities and Development (IUfHaD).

Dozens of creative works from students of 14 universities of the capital and velayats were sent to the e-mail of the university.

The essay competition was conducted in English. Its winners:

For the best photos of Ashgabat, Nazli Yagshimuradova (IUfHaD) and Baynazar Nepesov (Institute of International Relations of the Ministry of Foreign Affairs of the country) were recognized as winners.