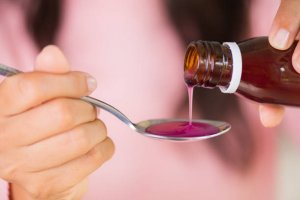 The world continues to identify deaths from the use of over-the-counter cough medicines. To date, 300 cases of death of patients who have consumed defective cough syrup have been confirmed, reports “Izvestia” with reference to the information from the World Health Organization. The vast majority of victims are children under the age of five.

Reported cases of poisoning with cough medicines indicate the presence of ethylene glycol and diethylene glycol in the composition, toxic substances used as antifreeze and industrial solvent, as a possible cause of poisoning. In the medical industry, these compounds should not be used.

In Uzbekistan, 18 children died from the use of “Doc-1 Max” cough syrup containing ethylene glycol, and a criminal case has been initiated into the incident. Also, cases of poisoning with such drugs have been reported in Indonesia and the Gambia.

The World Health Organization calls on regulatory authorities to identify and seize pharmacy products whose names are listed on special lists. The WHO alert was distributed to national health authorities in 194 countries around the world.