Boy from Bangladesh got to Malaysia in a shipping container 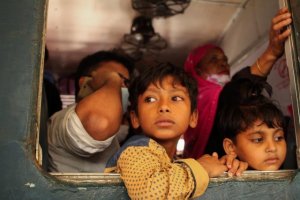 A minor resident of the Bangladeshi city of Chittagong played hide-and-seek with his friends and hid so that he found himself in Malaysia, writes the “MIR 24” portal.

The boy hid in one of the shipping containers. While he was waiting for his friends to find him, he quietly fell asleep, and when he woke up, the container was locked and loaded onto a ship bound for neighboring Malaysia.

Employees of the Malaysian port found an illegal passenger during the unloading of the container. They suggested that the child might have been a victim of human trafficking and immediately called the police.

For several days in the container, the boy did not eat anything and was taken to the hospital with exhaustion, but after a few days he returned to normal and will soon be completely healthy.