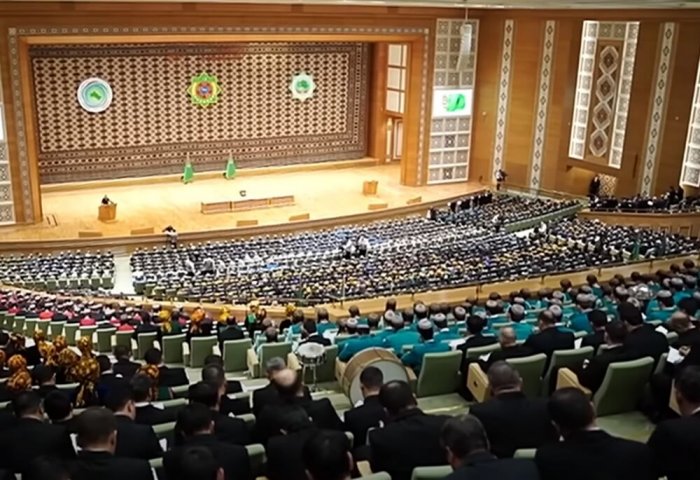 A joint meeting of the Milli Gengesh of Turkmenistan and representatives of the public of the country chaired by the Chairman of the Halk Maslakhaty chamber of Turkmen bicameral Milli Gengesh Gurbanguly Berdimuhamedov with the participation of honorary elders, members of the Government, representatives of ministries and industry departments, public organizations, provinces of the country and the media was held in Ashgabat at Maslahat Koshgi.

At the end of the joint meeting, representatives of the public of the country, members of the Government, the Halk Maslakhaty of Turkmenistan, deputies of the Mejlis, heads of military and law enforcement agencies, heads of the provinces and the city of Ashgabat congratulated the Gurbanguly Berdimuhamedov on the creation of the highest representative body of democracy and the popular election of the Chairman of the Halk Maslakhaty of Turkmenistan.

The participants also expressed sincere congratulations to Gurbanguly Berdimuhamedov on the legislative recognition of him as the National Leader of the Turkmen people.