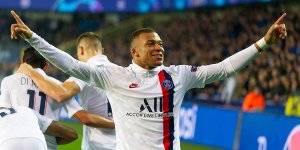 “PSG” striker Kylian Mbappe scored five goals in the 1/16 finals of the French Cup against the “Pays de Cassel”, which ended 7-0 in favor of the Parisians, writes “Sport-Express”.

The striker scored a penta-trick for the first time in his career. Before that, his best record was 4 goals in one match, and the player did it twice.

For the first time, Mbappe made poker in the match of the French championship against “Lyon” (5:0), Mbappe scored the second poker in the 2022 World Cup qualifier game against Kazakhstan (8:0).

FlyDubai resumed regular flights to Ashgabat, Turkmenistan extended the contract for the supply of electricity to Afghanistan, the number of Turkmen students at Saratov University increased several times and other news
Turkmenistan has raised excise rates on tobacco products, the Embassy of the Russian Federation announced the acceptance of documents for issuing student visas, the “Turkmenistan” Airlines will perform a special flight from Belarus
Museum values of Turkmenistan will be presented in the Louvre
“PSG” announced Mauricio Pochettino’s discharge
Virgil Abloh Graffiti Table Auctioned for 151 000 USD
Mbappe's goal gives “PSG” victory over Real Madrid in the first leg of the 1/8 finals of the Champions League