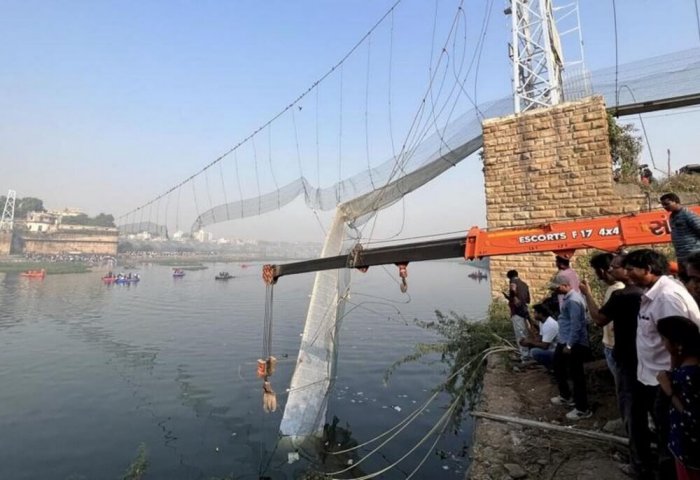 President of Turkmenistan Serdar Berdimuhamedov sent condolences to President of India Droupadi Murma and Prime Minister Narendra Modi over the collapse of a bridge in Gujarat state, which resulted in numerous human casualties and injuries, the official Turkmen media reported on Monday.

The Head of State conveyed words of deep sympathy and support at this difficult moment to the families and friends of the victims and wished a speedy recovery to the injured.

Gurbanguly Berdimuhamedov, the Chairman of Halk Maslakhaty chamber of Turkmen bicameral parliament Milli Gengesh, also sent a message of condolences to the leaders of India.

At least 134 people have died so far after the suspension bridge collapsed into the Machchu river in Gujarat’s Morbi city on Sunday evening.The more than a century-old bridge, which had reopened five days back after extensive repairs and renovation, was crammed with people when it collapsed.

The Indian government said that a criminal case has been registered in connection with the incident.