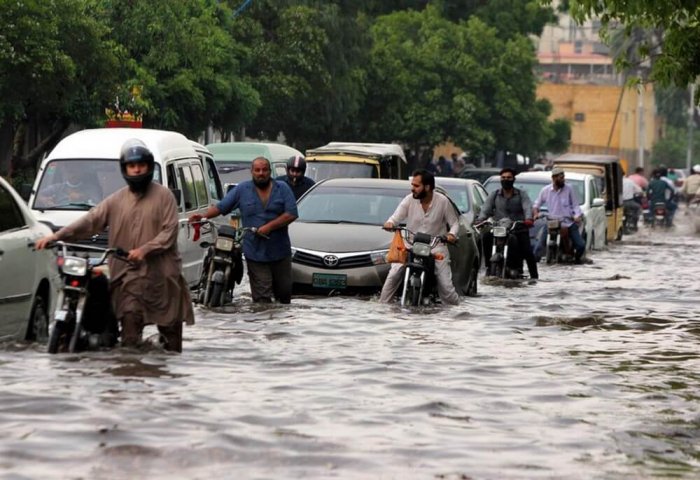 President of Turkmenistan Serdar Berdimuhamedov sent condolences to President of Pakistan Arif Alvi and Prime Minister of Pakistan Mian Muhammad Shehbaz Sharif over the human casualties and injuries, as well as large-scale destruction due to floods triggered by heavy rainfall.

On behalf of the people and Government of the country, as well as himself, the President of Turkmenistan conveyed words of deep sympathy and support to families and friends of the victims at this difficult moment and wished a speedy recovery to the injured, the country’s official media reported on Sunday.

Sherry Rehman, a Pakistani senator and the country's Climate Change Minister, said in a video posted on Twitter that Pakistan is experiencing a "serious climate catastrophe, one of the hardest in the decade."

The Pakistani Government announced on Sunday that deaths from widespread flooding in Pakistan topped 1,000 since mid-June. The government has deployed soldiers to help civilian authorities in rescue and relief operations across the country.